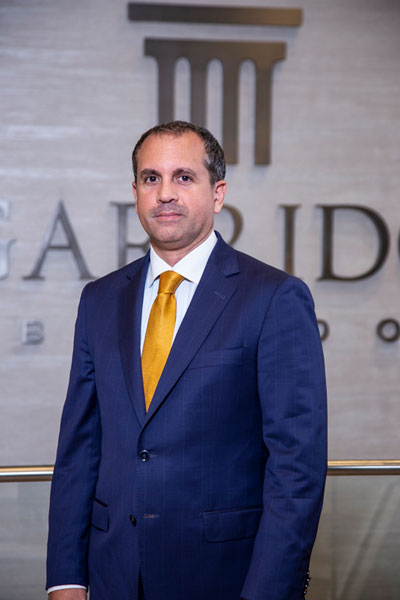 Carlos Neira is a graduate in Law and Economic and Business Sciences from the  Universidad Pontificia de Comillas, ICADE E-3, and a State Tax Inspector on unpaid leave.

In 2011 he joined Garrido Abogados where he represents and defends taxpayers in criminal proceedings for crimes against the Tax Administration, directing the Economic Criminal Department.

He has also taught at the State Treasury School and at the Local Administration in Barcelona.

Garrido is a multidisciplinary firm with a track record of than 30 years of excellency and commitment.

Firm of choice for business law in Spain, we deliver a tailored service with excellency as our brand mark.

You can find out more about which cookies we are using or switch them off in settings.

This website uses cookies so that we can provide you with the best user experience possible. Cookie information is stored in your browser and performs functions such as recognising you when you return to our website and helping our team to understand which sections of the website you find most interesting and useful.

Strictly Necessary Cookie should be enabled at all times so that we can save your preferences for cookie settings.

If you disable this cookie, we will not be able to save your preferences. This means that every time you visit this website you will need to enable or disable cookies again.

This website uses Google Analytics to collect anonymous information such as the number of visitors to the site, and the most popular pages.

Please enable Strictly Necessary Cookies first so that we can save your preferences!